What the Vegan? My month of hell…

I’m going a bit off-piste with this post, but it’s just too much of a good story not to share – I’ve decided to try being a vegan for a month.

“Why” is a good question to be asking right now!  Perhaps it was the movie “What the Health” we watched last week (its on Netflix).  Perhaps it’s the mounting evidence that eating meat and dairy is slowly killing us.  Perhaps its because we are destroying our environment by producing these things (apparently if we gave all the food we grew to feed animals to the starving people, we wouldn’t have a hunger problem anywhere on the planet).  Perhaps I’m questioning why I don’t cut out the middle man and eat the nutrition animals eat rather than getting them to convert it into energy for me.

One thing I am questioning is the food industry sponsored “food pyramid” that keeps shoving shit down our throats to make money rather than looking after the health of the planet.  You don’t need milk for strong bones (apparently, that’s a big fat lie – it’s just a pile of hormones we don’t need – I stopped breast feeding 49 year ago), eggs really will kill you with fat, processed meats are in the top category on the list of carcinogenic things that will kill humans, and cooked meat is in category 2 (fish, chicken, pork doesn’t really rate any better).

Or perhaps its just that I’m 50 years old and I don’t need as many calories these days – so I can either give up animal fats, or give up wine.  Easy choice really.

Then, I can’t help but think of this YouTube video taking the piss out of vegans – If Meat Eaters Acted Like Vegans.  Let’s face it, the word vegan sounds like a disease anyway.  And then you discover that there are many vegans who are bloody unhealthy.  A kilogram pack of sugar is vegan, white bread is vegan, Coke can be vegan, processed crap can be vegan, that fucking Quorn – who the hell invented that crap?

So – to make it easy, I’ve decided to go “plant based”.  That means if it wasn’t a plant that was growing recently, I won’t eat it – no meat, no dairy, no fish, no processed crap.  There are now more chick peas, lentils, black eyed beans, black rice, brown rice, wild rice, spelt, quinoa, mung beans and chia seeds in my cupboard than the local organic shop has.  If anyone ever tells you that going plant based in cheaper than eating meat – its horseshit (oh, then there’s the coconut yogurt, the fermented cashew nuts, the black tahini, the tempeh, seaweed salt – you name it, we have it).

Day 1 – 3, no major issues except I can’t sleep, the insomnia is worse than when I gave up smoking!  Sick to death of being worn out, averaging 4 hours a night.  And, the plate of tomatoes for breakfast didn’t really cut it

Day 4 – high use of alcohol to combat sleep issues – seems to work a charm.  But apparently in the first 4 days you lose a gallon of mucus out of your body because you’ve removed dairy from your diet.  Don’t ask.  Mood swings.

Day 5 – first restaurant experience, good grief; now I actually feel sorry for vegans!  One certainly doesn’t need to spend any time deciding between the 2 beef options, the venison, the lamb the chicken, the fish or the risotto with cheese in it (they all look really good).  My dining companion across from me chose Steak-frites with a beautiful French butter dripping all over it.  We only had one choice – the vegetarian medley (with some adjustments to get all the dairy out of it).  The wine was good, thank God.

Day 6 – what do drunk vegans eat?  Historically my venison, oyster and Manchego cheese toasties were amazing at 1am!  Shit.  Humus, fermented cashews nuts, tomatoes onion and garlic with black beans – tell that story to the boys at the pub without getting punched.

You can just see it now – next year when I’m in Gabby (the expedition 110 Land Rover Defender) in the Australian Outback, covered in dust and grime looking like Indiana Jones, pulling up to a pub in Woollingwhereever, asking for a pint of VB and a tofu burger.  What a tosser! 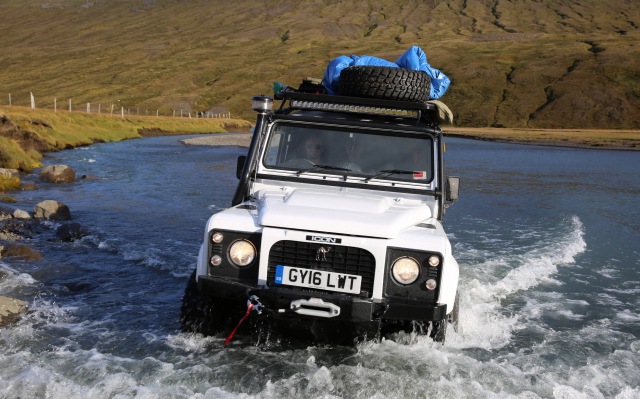 Getting my cholesterol checked, let’s see if that’s come down in week one – apparently these plant based diets fix everything from heart disease to Syphilis. I’ll keep you posted (on the cholesterol).

So anyway – I’m into week two now, I haven’t died, the food is actually bloody good.  I can’t help but wonder whether the meat and dairy industries have been lying to us all for years – the more you read, the more one starts to question conventional wisdom as the smell of industry lead bullshit floats through the air.

I’ll see how the rest of the month goes, I may end up eating a bit of fish moving forward.  Dairy?  I think you are off my list (except if I’m in Italy or France!).  And meat?  Time will tell – I think the contradiction of shooting a deer when you are a vegan could be a little hard to explain!  And the wood fired oven just won’t ever look at me the same way again.

Do I feel better after week one?  I think I do – but I need to stop drinking so much to combat the sleep deprivation – then I’ll know for sure.  I still have unanswered questions; industry lies vs. weed smoking mung bean eating hippies.  I can’t work out the truth so the only way to really find out is to try it.

Let’s see what the cholesterol test says.  Back soon.

Footnote – if any smartarse tells me that some wine may have traces of egg and / or fish in it from the fining process, I really really do not care.

2 Comments on “What the Vegan? My month of hell…”