To sail or not to sail? That is the question! 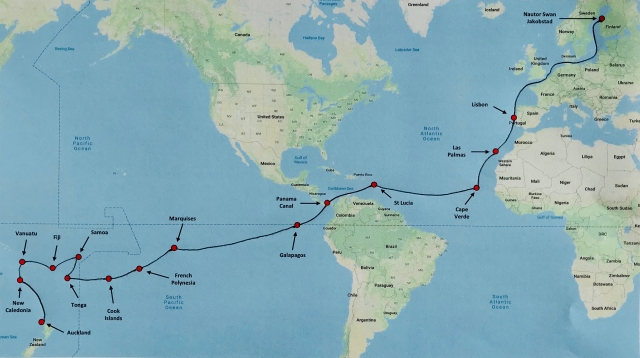 We are only two months out from the estimated delivery date for Coco, our beautiful Swan 54 yacht (yes, it totally is like a birth).  There’s the process of final sail selection (I’m glad they last several years, just saying), getting sail numbers (we are NZL 9966), the teak decks have gone on (see below), the dive compressor is in, and there is enough wiring in this yacht to get a space shuttle off the ground.  We’ve still got some final decisions to make around comm’s gear but apart from that, all the major things are well underway.  But of course, we know the devil is in the detail and that’s what I’m sure will trip us up around handover date.  However… 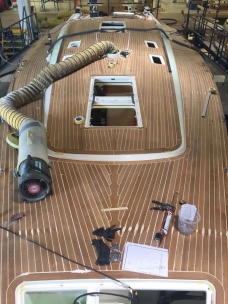 The deck going on

Now we have a big call to make; originally, we were going to complete a shakedown sail off the coast of Finland then pop Coco on a ship and send her to New Zealand arriving in time for the Southern Hemisphere summer.

At the final hour, just when you think you have everything lined up, everything organised; someone throws a spanner in the works.  Why not sail Coco home to New Zealand from Europe?  The question came up a couple of weeks ago, in unlikely circumstances, while discussing shipping dates and process with the Swan agent out of Sydney, and a highly paid expert on import and duty costs for bringing a yacht into New Zealand.  As it turns out, based on the analysis from aforementioned expensive guy, sailing Coco home not only saves money, but you get a hell of an adventure thrown into the deal!  Yes, there is that small matter of finding the time to take this trip on, but that’s a challenge for another day.  A bit like hoping they put something in that large hole in the hull you can see in the build photo below.  Nice rudder though, or is she just pleased to see me?. 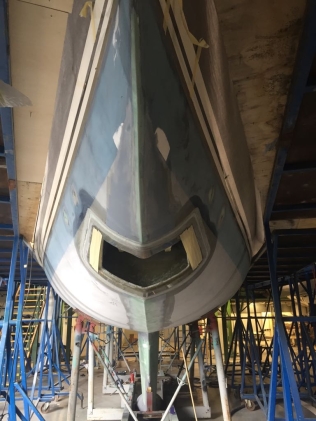 Okay, just what would this trip look like if we did decide to push the go button?

2 Comments on “To sail or not to sail? That is the question!”